When Merely Being Suitable is Not Enough

by donald in CFG Planner Blog

The “Suitability Standard”, yet another ERISA-based mystery.   Let me endeavor to decipher this term by delving into the often-turgid waters of the fiduciary ocean by asking ourselves if merely meeting the standard of suitability meets the criteria for being a fiduciary. Put another way; is acting suitably a necessary but perhaps not sufficient condition for being a fiduciary? Our goal here is to simplify what can be a rather dense conversation, but one that deserves a fair disassembling in light of the pending activation of the Department of Labor’s Fiduciary Rule.

One Standard Bearer to Rule Them All

The opacity of being a “fiduciary” is in part due to regulatory requirements and in part legal judgments. That is, many of the rules that have come to define what being a fiduciary means have been written by or decided by lawyers, judges, regulators and politicians—and not always in consult with financial advice practitioners. This can often leave the clients of financial advisors in the unenviable position of trying to unpack a warren of argot and dusty legal precedent in order to determine if their advisor is in fact a true fiduciary and to which standard they will be beholden.

To begin understanding the “Suitability Standard” we must first realize that financial advisors, especially those regulated by ERISA and the Investment Advisors Act of 1940, in their dealings with retirement plans, are held to several additional standards. Not only the broad, summary “Fiduciary Standard” itself, but also the “Prudent Man” standard, the “Best Execution” standard, the “Best Interest” standard and the “Sole Interest” standard.

At their core, each of these “standards” is designed to protect consumers and ensure that all advisors ultimately act in some level of fiduciary capacity with an attendant elevated duty of loyalty and care. Put another way, each separate standard, when adhered to in combination, is meant to ensure that the end result of any investment interaction with a financial advisor is in the client’s interest. However, over time, these standards have become a nuanced way to interpret and manage the actions of different kinds of advisors. In short, while some of these standards now apply to all advisors (e.g. Prudent Man), certain types of firms (e.g. broker-dealers) are only required to adhere to a standard of suitability and not the more elevated “Best Interest” and fiduciary standards of true fiduciaries.

If a hypothetical retirement plan sponsor’s investment advisor is affiliated with a broker-dealer (or a broker-dealer themselves) who also has relationships with several mutual fund companies it is likely that a) the advisor will put clients on that broker dealer’s platform for trading and custody purposes and b) the advisor will take advantage of their broker-dealer’s relationship with the mutual fund shops and provide those funds with priority (or even exclusivity) to their plan sponsor client’s investment lineups.

The end result of this action could mean that the plan sponsor client (and by extension plan participants) receives the cheapest market-available brokerage and custody alongside outsized returns for the lowest possible fee. In this scenario, although the advisor was clearly conflicted and incentivized to provide product and services in a certain way through their broker-dealer relationship, all worked out well.

In this scenario, the client is likely happy (as are plan participants) and would agree, as would most any jurist or regulator, that the advisor acted prudently, suitably and in the best interest of their client. In short, they were likely acting in a fiduciary capacity at some level—likely as a 3(21) fiduciary—and are unlikely to face any scrutiny about their conflicts or other potential concerns.

(Note that the advisor likely did not act in the “Sole Interest” of the client as they were likely compensated with commissions and other payments for putting their client into mutual funds provided through relationships with their broker-dealer. However, the “Sole Interest” standard would potentially prohibit advisors from even taking an advisory fee from clients, let alone commissions, and has generally been replaced with the “Best Interest” standard for all types of advisors.)

Let’s now imagine another scenario in which the same broker-dealer affiliated advisor put the same client into the same mutual funds. The advisor also put their client on the same broker-dealer and custody platform. However, in this instance, a subsequent evaluation of these actions by a plan participant’s attorney noticed that the funds’ fees were higher than others of similar investment orientation, and that the funds’ returns were average against their peer group and benchmark. At the same time, the fees paid for custody and brokerage to the broker-dealer could have possibly been lower had the advisor engaged in a vendor request for proposal and selected the most competitive rate.

In this scenario, the advisor may have still acted prudently and suitably (i.e. they did not advise putting their client into complex derivatives or other obscure instruments that are ill-suited for retirement savings, nor did they violate anything set forth in the client’s investment policy statement), but it is highly questionable as to whether they acted in the client’s best interest.

Hypothetically, even if the funds did have a positive return (i.e. no one lost money and in fact gained some) better returns and/or lower fees were possible, and because the advisor was conflicted due to their broker-dealer affiliation, they may not have engaged in the broad due diligence a more independent advisor would likely have undertaken. That is, they did not act with the elevated duty of loyalty and care as required of a true fiduciary.

As such, it now may become a matter of law as to whether the advisor breached their fiduciary duty to their client. Or does it?

Since the broker-dealer affiliated advisor is likely a 3(21) fiduciary their obligation is to merely be “suitable,” and despite their conflicts, lesser returns and higher fees they have met their burden to their client. As such, if any lawsuit is evinced by the plan participants for breach of fiduciary duty it is likely the full burden will fall on the shoulders of the plan’s truest fiduciaries—the plan sponsor and its board.

So Which Suit Fits Best?

In Hypothetical B, a subsequent legal case (likely brought by a plan participant against the plan sponsor) and any damages awarded may hinge on the idea of the “Suitability Standard.” The Suitability Standard is part of the ERISA-governed fiduciary litmus test, and in any litigation or finding of fact, it is likely to be debated whether the advisor’s actions were “suitable” for their clients. This is often an ex-post-facto finding as no one would claim unsuitability for 10 percent above benchmark and peer group returns with low fees. They would likely claim unsuitability if the result was the same as in our Hypothetical B scenario—average or below average relative returns, higher-than-usual fees, clear conflicts, etc. But again, a 3(21) broker-dealer affiliated advisor must only meet this suitability standard.

The question now becomes, did the advisor have a “reasonable basis” for believing that the recommendation of these mutual funds and this particular brokerage and custody platform met their client’s financial goals and other investment criteria. It may be that the advisor was simply following a playbook that says plan sponsor clients with X number of participants and $X of plan assets will get these certain securities in their investment lineup. If a similar “reasonable” advisor may have acted in the same way, it is likely that the advisor did act with a reasonable basis in a manner that was suitable for their client. No case against the advisor is likely possible, and again the full burden falls to the plan sponsor and its board.

Now we come to the crux of the matter. In this droll hypothetical, we have just found that our advisor is likely to have acted suitably and therefore carries little to no legal burden in any litigation from plan participants. However, let’s extend our analysis to see if the same broker-dealer affiliated advisor did in fact breach the fiduciary standard to which a true 3(38) fiduciary would have been held.

If the advisor put their client into say high-yield bonds (i.e. junk bonds) or engaged in excessive trading, knowing full-well that this was prohibited by their client’s investment policy statement, this would add to a growing body of evidence that the advisor clearly breached their fiduciary duty.

However, in our more shades-of-gray scenario, it seems the advisor may have had a reasonable basis (i.e. a tried-and-test playbook formula that any other reasonable advisor would have also utilized) for putting their client into a set of mutual funds and brokerage platforms that matched their investment criteria—the funds simply didn’t perform relatively well and the fees could not be justified by outsized performance.

Yet, as we look deeper, we may find that the advisor was simply “lazy” and failed to perform proper diligence on other cheaper options that would have yielded similar results. It is rare that someone will be blamed for simple underperformance if the suitability standard is met, but couple underperformance with higher-than-usual fees and a lack of documented diligence relative to those fees and that is another kettle of fish all together.

A further look may find something more insidious—that the advisor was not simply lazy, but rather incentivized to their own financial gain to place their client on their broker-dealers’ trading and custody platform while also providing mutual funds that paid them commissions or soft-dollar kickbacks. Not illegal, and perhaps not even imprudent or unsuitable, but certainly not in the “best interest” of their client, and certainly not adherent to the elevated duties set out to act as a fiduciary. But again, as a broker-dealer affiliated 3(21) fiduciary these additional burdens do not apply—the suitability standard was met.

What you are seeing here is the jigsaw puzzle and if/then set-piece logic that comes into play when determining a potential breach of fiduciary duty. And depending on whether your advisor is a 3(21) or true 3(38) fiduciary there may be a series of additional complexities and contract clauses to consider. In our scenario, had a 3(38) fiduciary acted as our Hypothetical B advisor did they would most certainly have been found in bread of their fiduciary duty.

How to Mitigate Unsuitability Fiduciary Risk?

There is only one true path to ensure that your advisor is acting in a way that is prudent, suitable and in your best interest. And that way is to work with a fee-based, independent and unconflicted true 3(38) fiduciary—especially those who obtain the Centre for Fiduciary Excellence, LLC (CEFEX) certification and thus adhere to its high-level of ongoing scrutiny. CEFEX is an independent certification organization that works closely with industry experts to provide comprehensive assessment programs to improve the fiduciary practices of investment stewards, advisors, recordkeepers, administrators and managers. For more information, please go to www.CEFEX.org.

The primacy of working with a true fiduciary has never been more evident than in the recent era of breach of fiduciary duty lawsuits levied against plan sponsors. While most of our conversation here has been about a breach of fiduciary duty by an advisor, it needs to be underscored that other plan fiduciaries, especially those involved in selecting the investment advisor, may also be found liable for this same breach—especially if a 3(21) fiduciary is involved.

As we have said several times before, the complexities, vagaries and nuances of fiduciary rules under ERISA, combined with the severe consequences for even inadvertent violation, seem to mandate work with a true and knowledgeable fiduciary.

Click here for more information on Joe. To set up a complimentary visit with Joe, either call 407-869-9800 or complete this form. 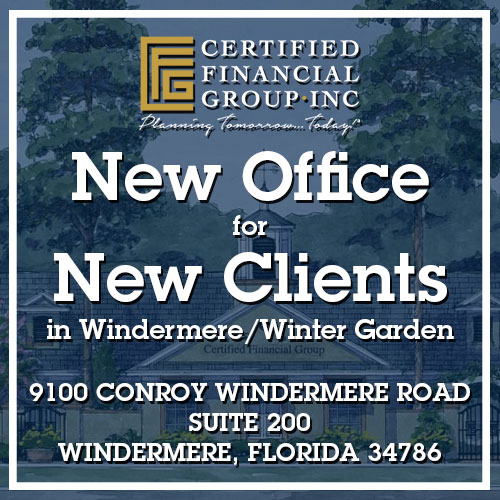