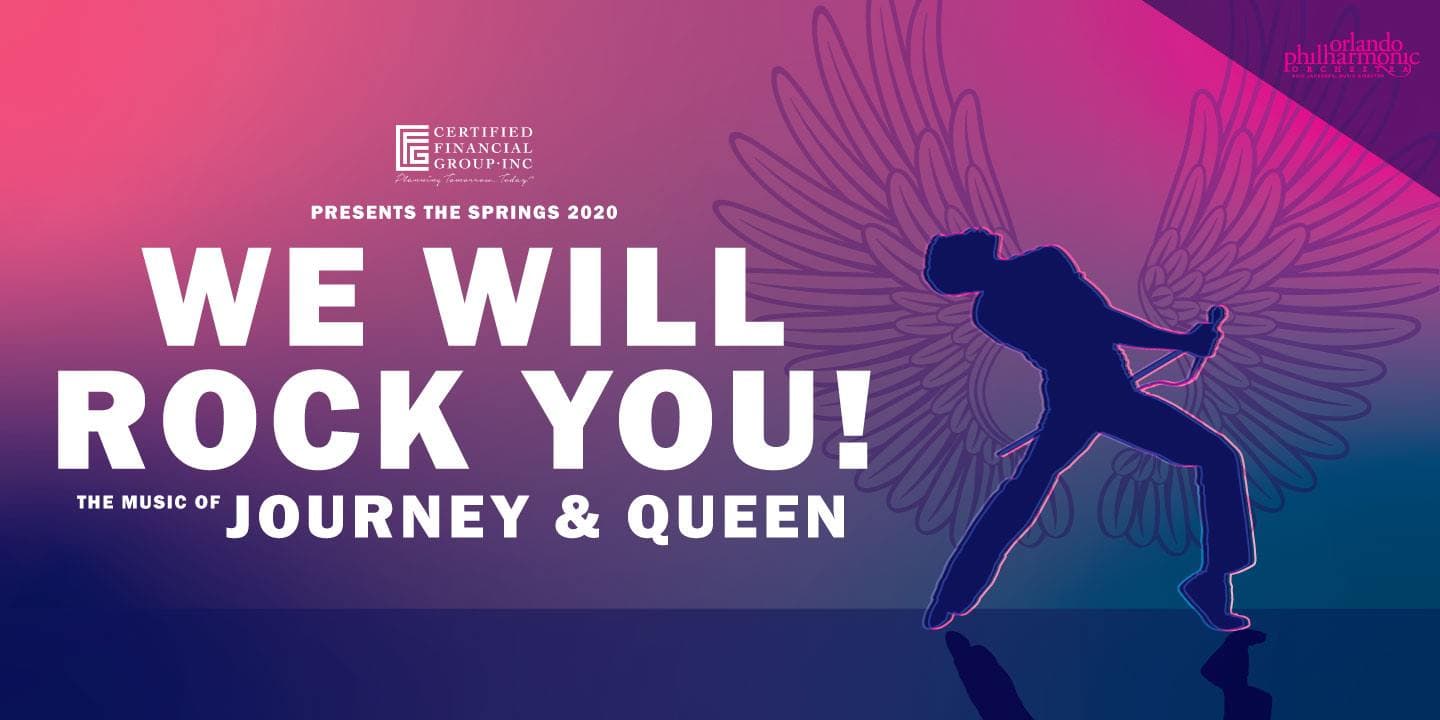 We Will Rock You! The Music of Journey & Queen

Journey was formed in San Francisco in 1973 and reached it’s highest success during the time when Steve Perry was vocalist.

Freddie Mercury appeared as the lead vocalist of Queen from 1969-1991 and is regarded as one of the greatest lead singers in the history of rock music.

Featuring songs such as, Anyway You Want It, Don’t Stop Believin’, We Will Rock You, Somebody to Love, and more!

Gates will open at 5 PM and Concert is at 8 PM.

Schedule A Virtual Meeting From Anywhere In The World