If you have a friend or love one that you’d like to spend all your money on, you could always get them all the items listed in the song “The Twelve Days of Christmas”…

But, like everything else, it is going to cost you more this year.

Here is how it breaks down…

The price of “A Partridge in a Pear Tree” has gone up 25.8% from last year. The cost of the bird remains the same, however the price of the pear tree has gone up due to the higher cost of fertilizer. Total cost this year is $280.18 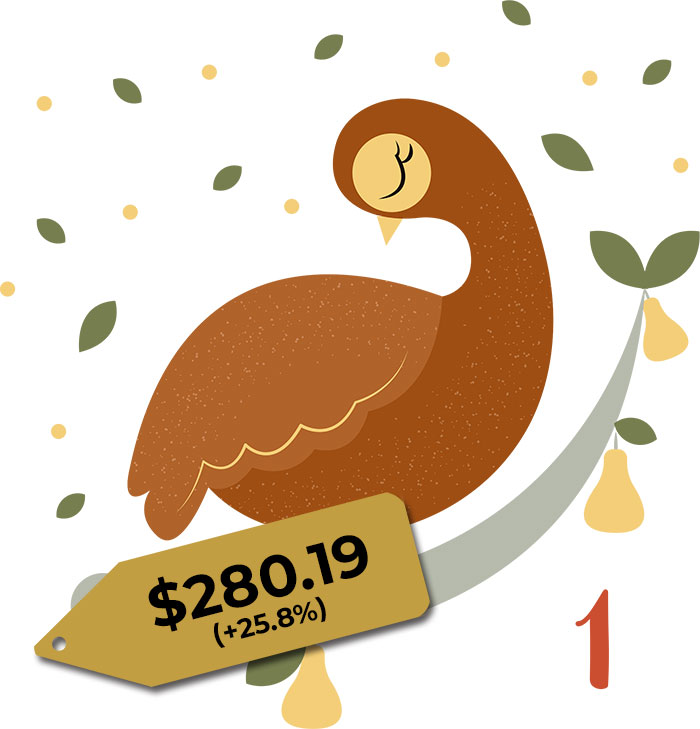 You will spend 33.3% more for “Two Turtle Doves” this year. The birds cost more because of the price of feed. Your cost this year is $600.00 for the two birds. 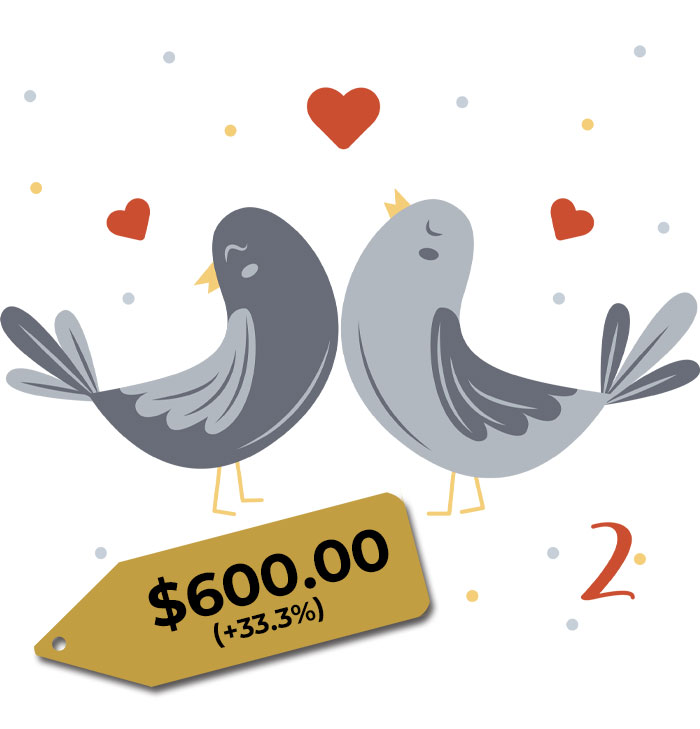 You’ll pay 25% more this year for “Three French Hens”. Once again, the cost of feeding the birds is the reason for the higher cost. Your trio of French hens will ring up at $318.75. 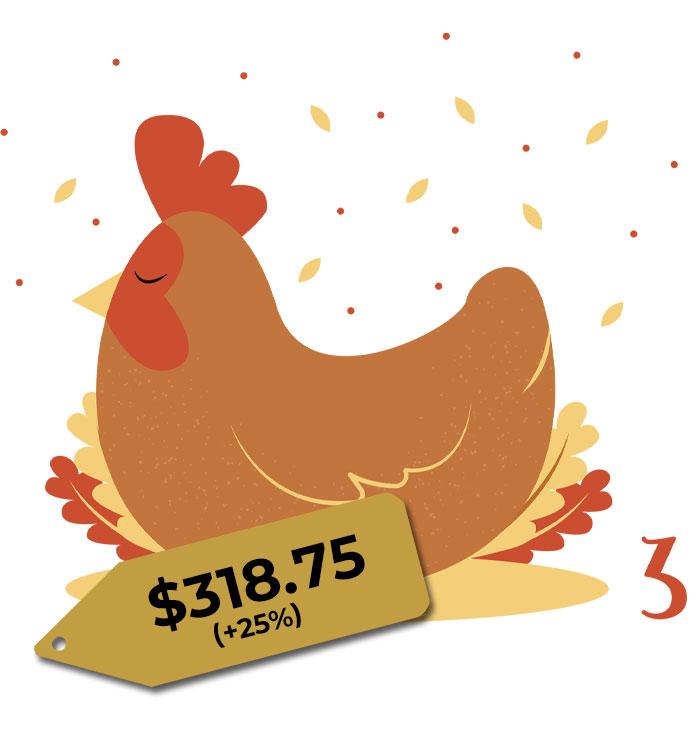 To purchase your “Four Calling Birds”, the price tag will be the same as last year. Surprisingly the cost of feed did not raise the price of these birds. The four calling birds will cost $599.96. 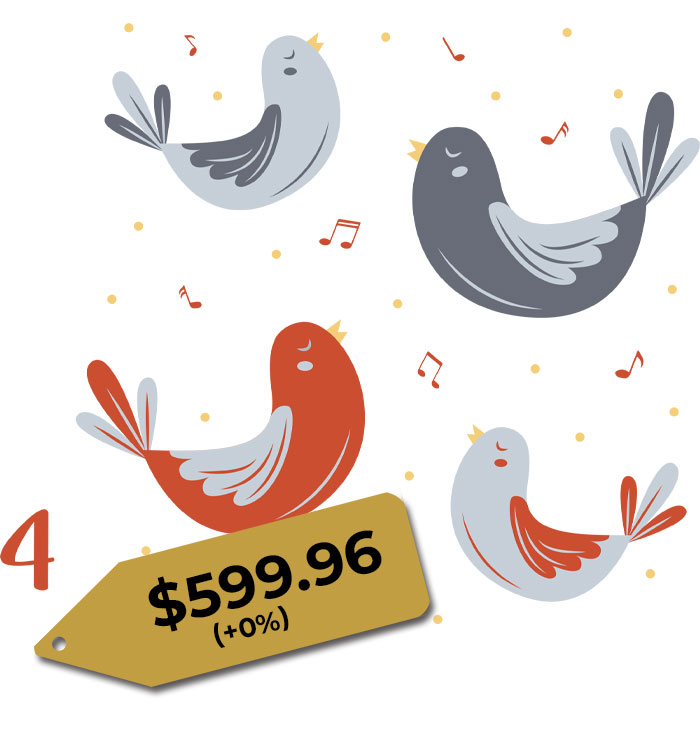 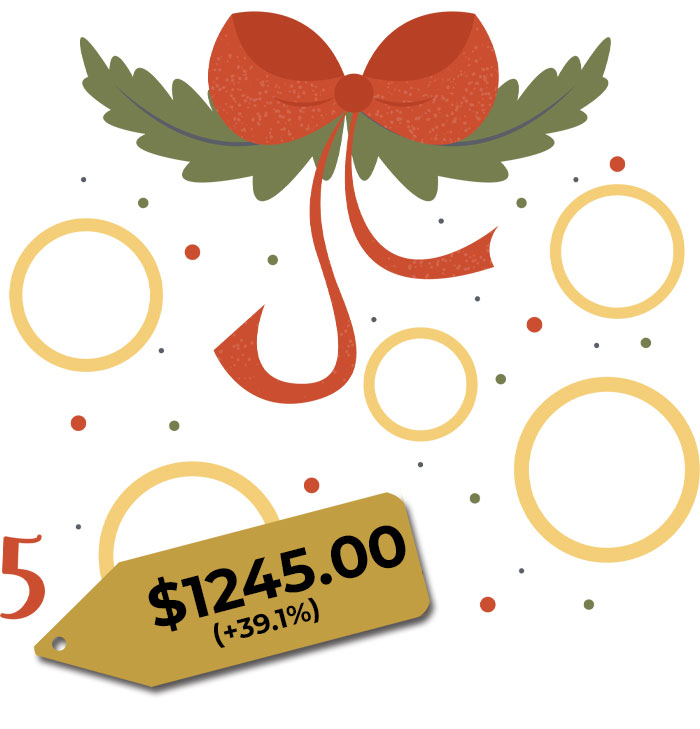 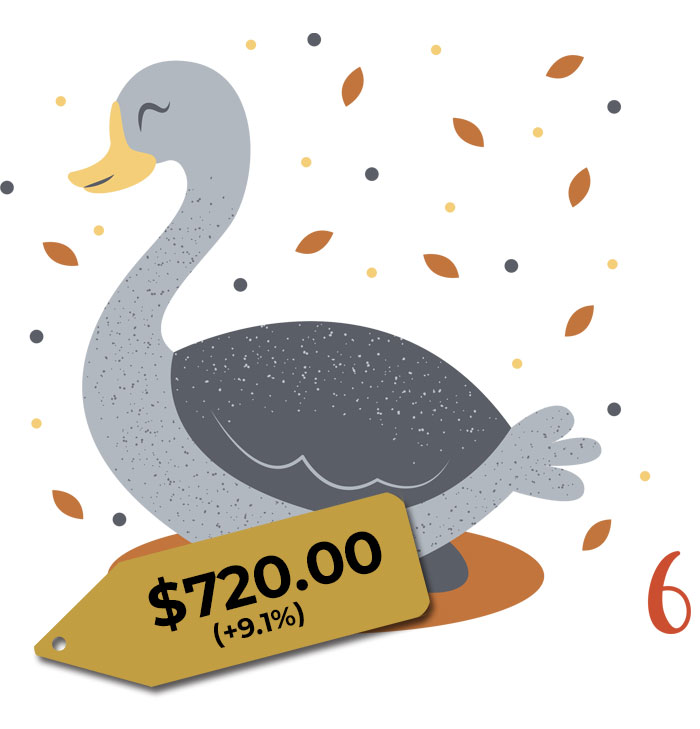 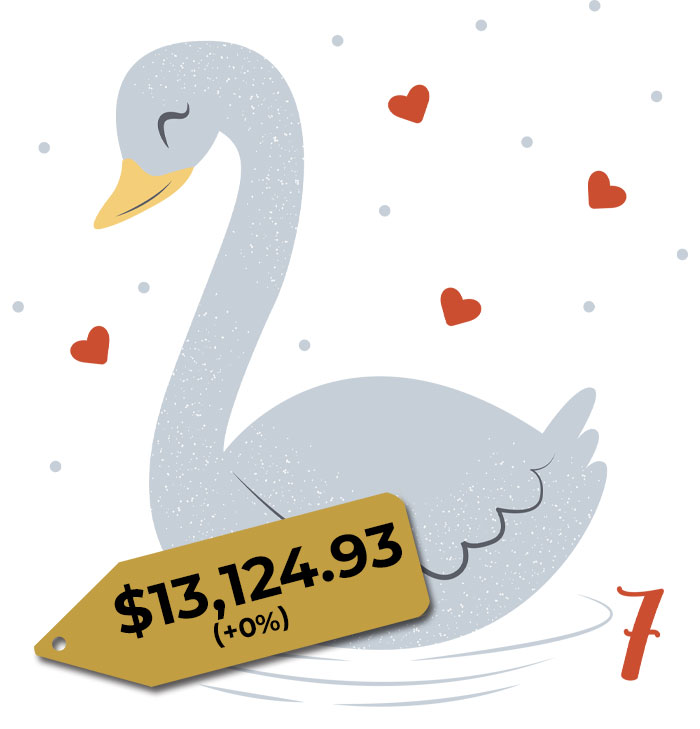 This is another item that remains at the same price as in 2021. The maids get paid the Federal minimum wage, and that hasn’t gone up since 2009. The total cost for “Eight Maids-A-Milking” this year is again just $58.00. These maids are by far the cheapest item on the gift list. 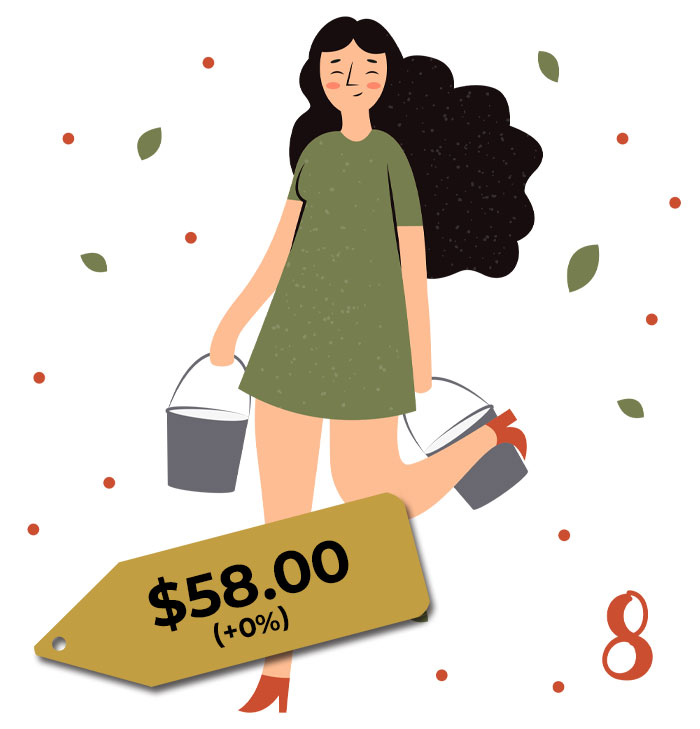 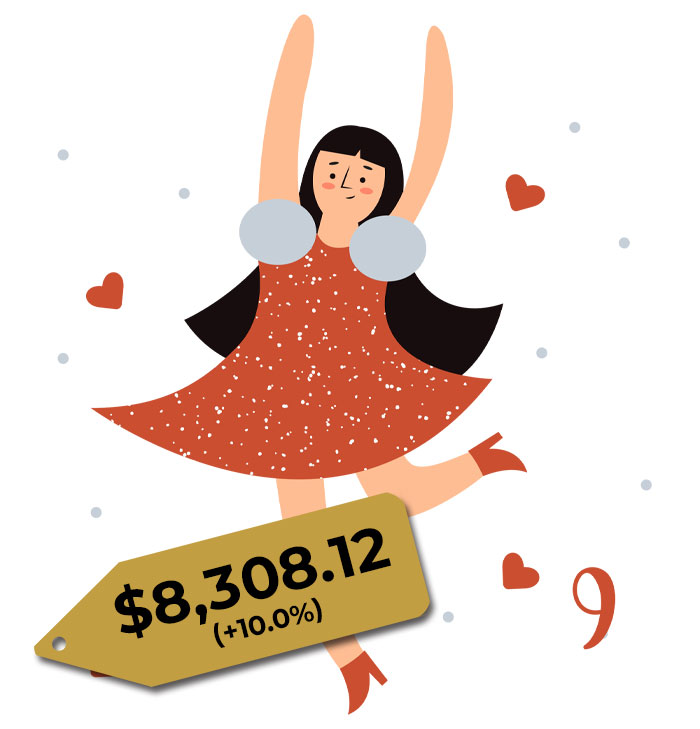 This will be the most expensive give in the dozen days of gift giving. The cost of “” is up 24.2% this year. There is no mention of why these lords are so pricey. I’m not sure where you would even go to find a lord now days…let alone a leaping lord. Maybe their scarcity is the reason they will cost you $13,980.00. 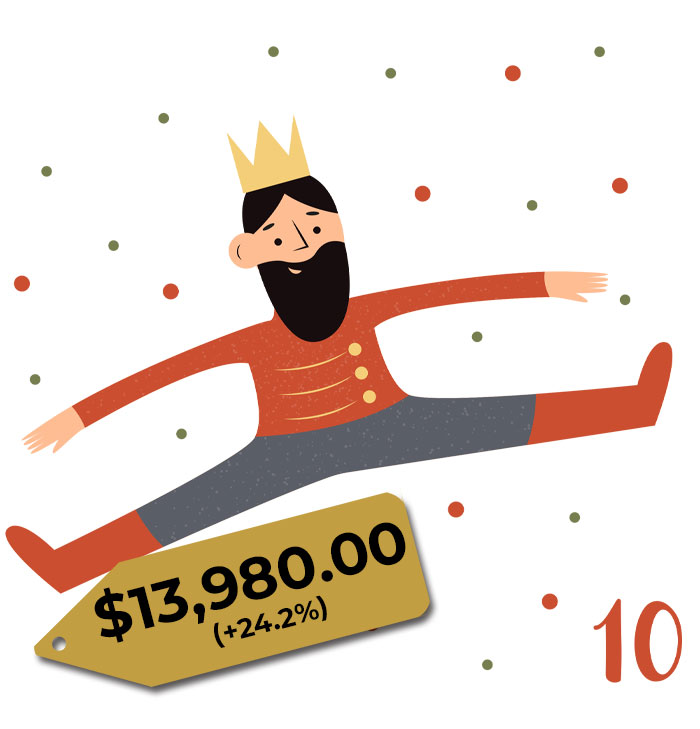 Gathering together “Eleven Pipers Piping” is up 2.6% this year. This additional cost reflects rising worker pay. The eleven pipers will run $3,021.40. 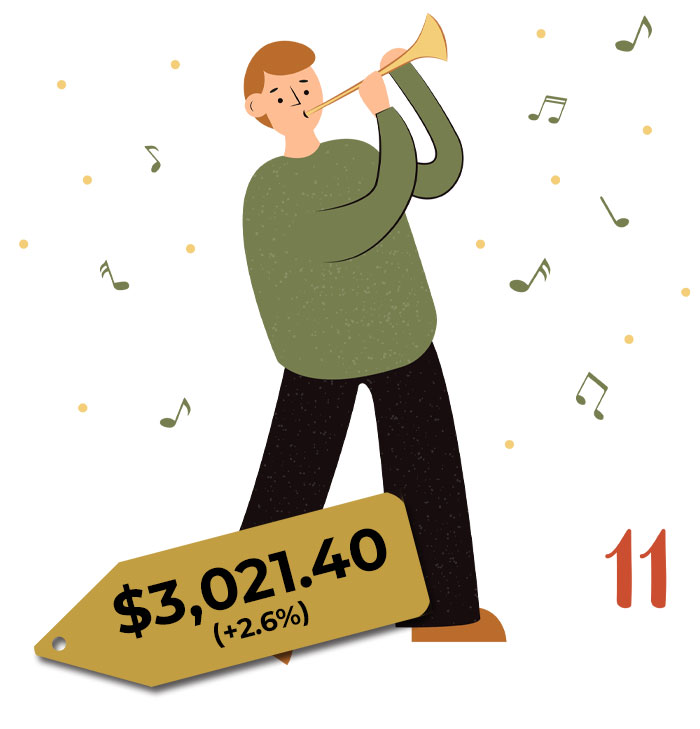 The cost for “Twelve Drummers Drumming” is also up 2.6% due to rising worker compensation. Each drummer will run you about $275. A dozen of them comes to a grand total of $3,266.93. 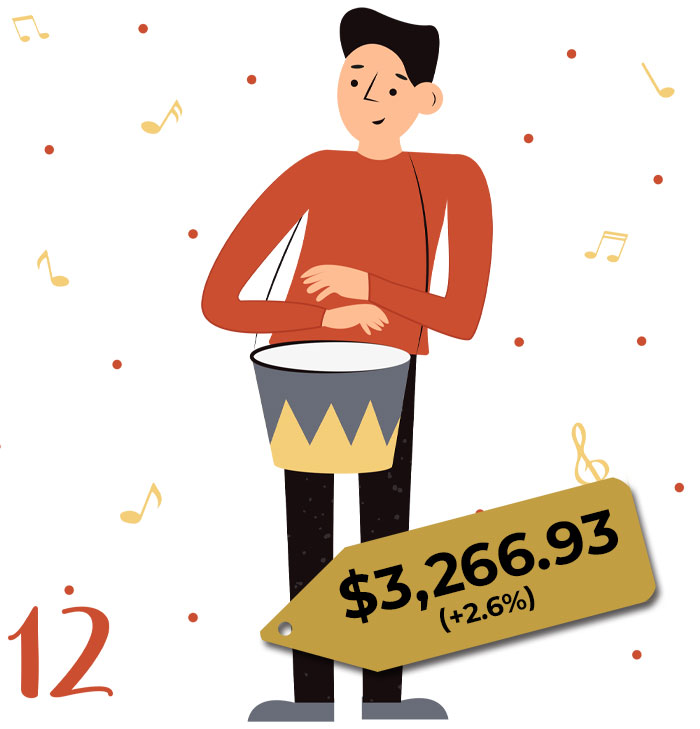 The Grand Total for All 12 Days If Repeated

Get ready to open up that wallet to spend $197,071.09 on all of the 364 presents that are represented in the “12 Days of Christmas” if you buy all the gifts everytime they are mentioned in the song. Just buying one round of them is costly enough!

Throughout our lifetime, we had heard the Christmas song, and all the various versions…but do you really know what the twelve days of Christmas represent?

First, Monday, December 13th, is NOT the “First Day of Christmas”. The countdown of a dozen days doesn’t actually begin until Christmas Day, December 25th. It then continues for the next 11 days to make up the “Twelve Days of Christmas”, running through January 6th.

So what exactly do the “Twelve Days of Christmas” represent?

The twelve days of Christmas is the period in Christian theology that marks the time between the birth of Christ and the coming of the Magi, the three wise men. It begins on December 25 (Christmas) and runs through January 6, the Epiphany — sometimes also called Three Kings’ Day. (The four weeks preceding Christmas are known as Advent, which begins four Sundays before Christmas and ends on December 24.)

There are so many different versions.

The song “The Twelve Days of Christmas” has been performed by so many artists, including Bing Crosby…

And then there are some comedy versions of the song, including this one from Bob Rivers called “The Twelve Pains of Christmas”…

There is the version by Bob and Doug Mackenzie…

And even comedian Jeff Foxworthy did a version, called “The Redneck 12 Days of Christmas”…

Schedule A Virtual Meeting From Anywhere In The World